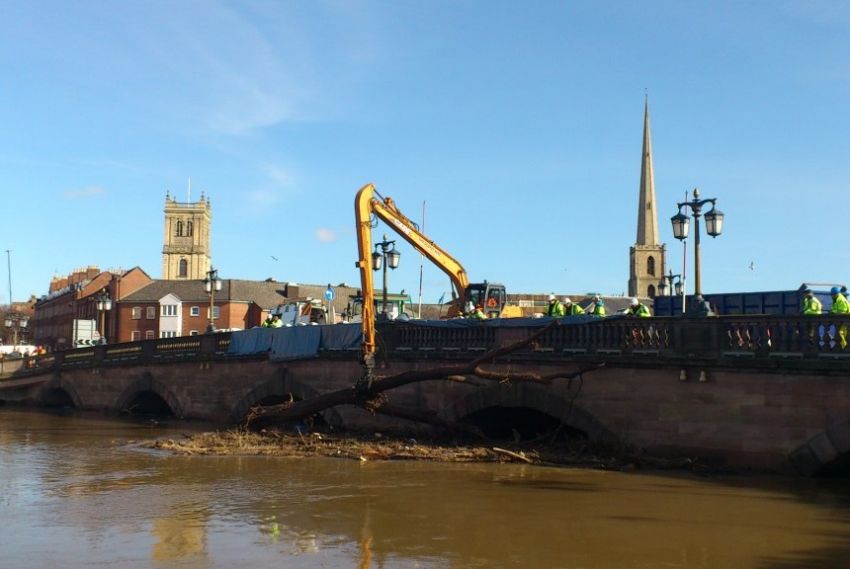 Over the winter and early in 2014 considerable problems across the UK with heavy rain caused the River Severn to reach ts highest levels since 2007.  The river water in the Barbourne area reach 5.67m, the highest level reached since Environment Agency records began.  As a result of the high water levels, increased debris was washed down the river and built up against the arches of Worcester's historic bridge in the city centre.  This further restricted the flow of water and was putting the city at further risk of flooding and compromising the structure of the bridge itself, a crucial route through the city.

WM Plant Hire was employed as part of a combined action operation with the local council, emergency services, environment agency and highways authorities to remove the debris lodged in the bridge and therefore reduce the additional lateral loading and stress that it was believed to be causing to the bridge sturcture.

WM Plant Hire supplied a CASE CX130 machine specially equipped with a hydraulic rotating grab to clear over 500 tonnes of debris from the arches of the historic bridge.