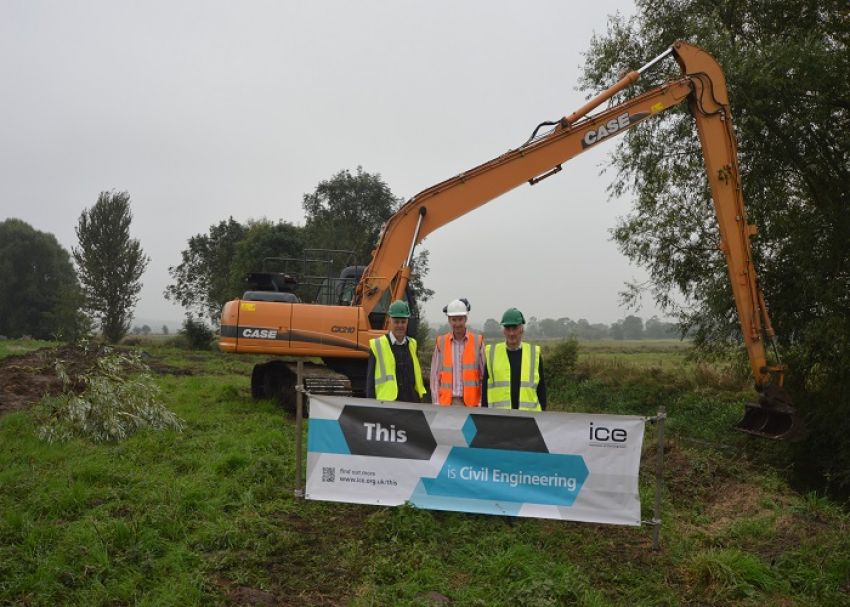 Concerned by the potential flooding of their land along a 6 kilometre stretch of the River Perry, having received warnings and advice from the local Environment Agency, a group of landowners near Oswestry approached WM Plant Hire to come up with a flood protection scheme.

The project worked with the ICE in its promotion of civil engineering with their campaign titled "This is Civil Engineering".

WM Plant Hire devised a plan of action which combined de-silting/watercourse maintenance with tree thinning.  The timing had to ensure that the works would be done to avoid any impact on the landowners operations and had to account for statutory obligations.  It was recognised that long reach equipment would be needed.

WM Plant Hire provided a long reach excavator to remove silt and vegetation that had accummulated in the river, as part of a regular maintenance strategy. Liaison with the Environment Agency was critical to ensure that the solution was compliant with the regulations and their flood management policy.  Innovation played its part with the use of a tree shear that was attached to the long reach excavator.  That enabled the tree to be cut and lifted in one operation from the banks, which mitigated the need for personnel to be working near the watercourse with cutting equipment.  The works were completed on time and to budget.