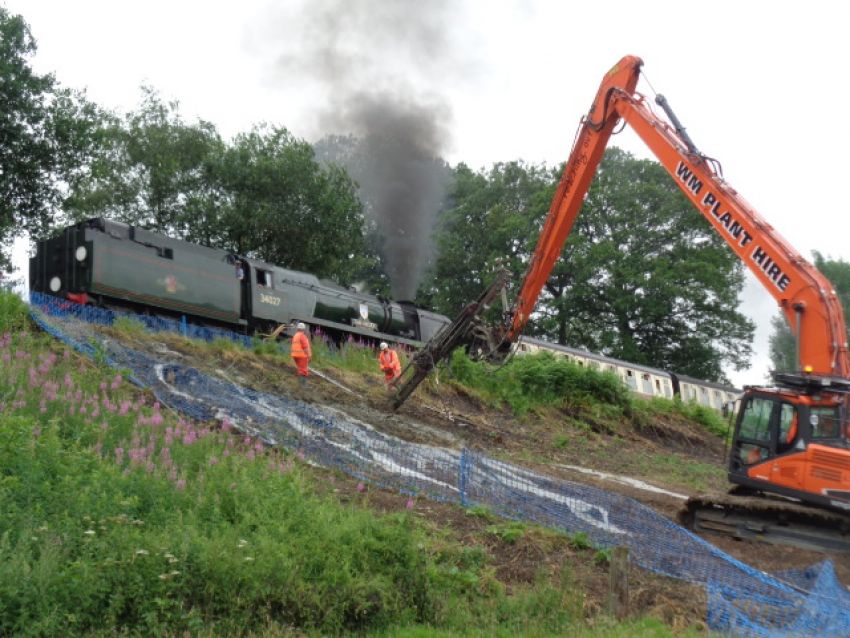 The Severn Valley Railway is a full-size Victorian steam railway which meanders its 16 mile course along the River Severn.  WM Plant Hire were previously involved in the repairs following the devestation caused to the railway by the unprecedented storms in 2007 with 48 sections of the railway damaged by 9 major landslips.  The landslips have continued to affect the tracks over the years with the most recent at the County Boundary, near Bewdley some years ago.  Speed restrictions have been in place for safety reasons while the charity raised enough funds for repair works.

Stabilisation had been designed to remove slipped material and re-profile the slope and install soil nails by drilling into the sandstone embankment.  Drainage improvements were also required.

A 32 tonne Doosan DX300 18 metre long reach machine was selected as it was able to access this very restricted, remote site but still had the power to lift and operate the drill mast.  The long reach could regrade the embankment and install the slope anchors at a safe distance, avoiding weight transfer on the slope and potential for further slippage at this very sensitive location.